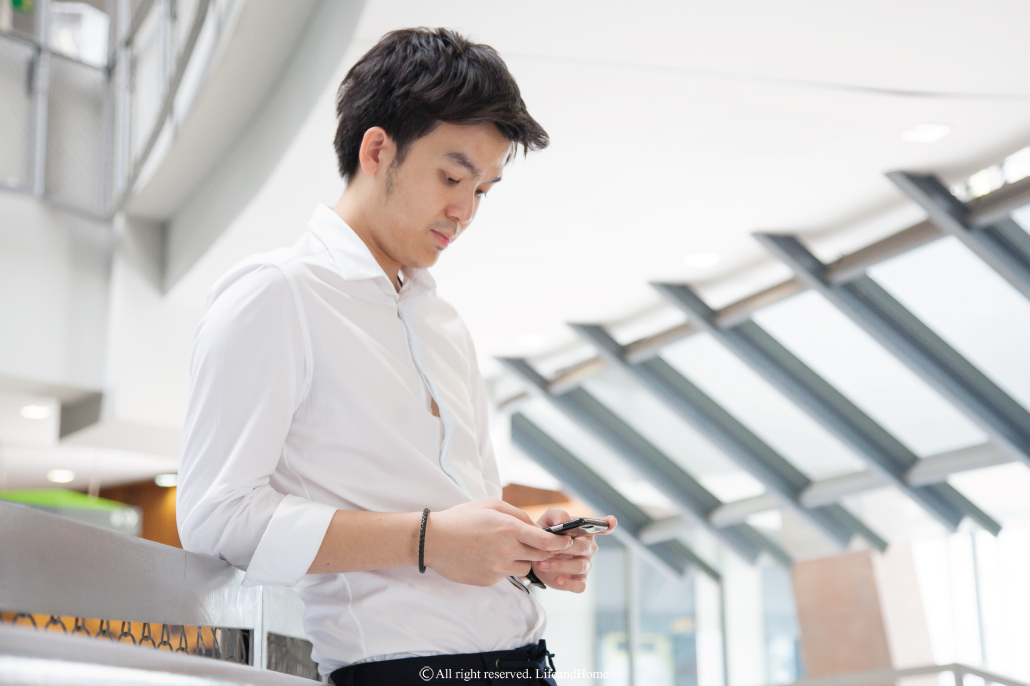 “In the childhood days, many people usually had kinds of favorite toys and the toys in their dream. As the time passed, some of those toys might be forgotten, but some are still meaningful to their owners. Certainly, the owners should love and care those toys they spent their own money buying. However, we wonder how many people still recognize those old toys, play with them and never feel bored of them.”

Khun Jeep Pongsatorn Tammawattana, a young handsome man, a son of a well-known family and our guest for Life Corner has found that toys are not only for playing because all of his toys are bought using his own saving money from working. Although this young man was born in a millionaire family; his mother has taught him to save money and spend with whatever he wants to buy on his own. Consequently, there are stories and deep connection between every piece of his toys and him. His first toy is a collection of Super Sentai, the five super heroes from the Japanese superhero team genre of shows. These are Khun Jeep’s most favorite cartoon characters, following by other Figure models. Some toy is only one piece in this world. Some of these toys are very meaningful and valuable when the time passes by, the longer the more expensive. Having been collected for many years, he has more than a hundred thousands of toys recently. Among those toys, some belonged to Khun Jee’s father, Khun Teodchai Tammawattaha, which are well kept in a good condition. They are like a representative of deep relationship between his father and him. These things inspire Khun Jeep to continue the idea of toys for his business.

Before starting a business as a toy designer, he had a chance to study in China where the idea of business was brought up. During his studying, there was an exhibition of toys; it was also his chance to get to know with a well-known toy designer, Ashley Wood and Kim Pang Won. This is like an inspiration that lightens up his idea to have his own business of toys. The two designers have also appointed Khun Jeep the only one authorized distributor in Thailand since they consider that Khun Jeep has truly great intention to do the business. In addition, there was no business contract to be signed at all. The two designer explained that the contract is not needed because a promise from a truly heart is more meaningful than other contracts; and then, the JP Toys is begun. 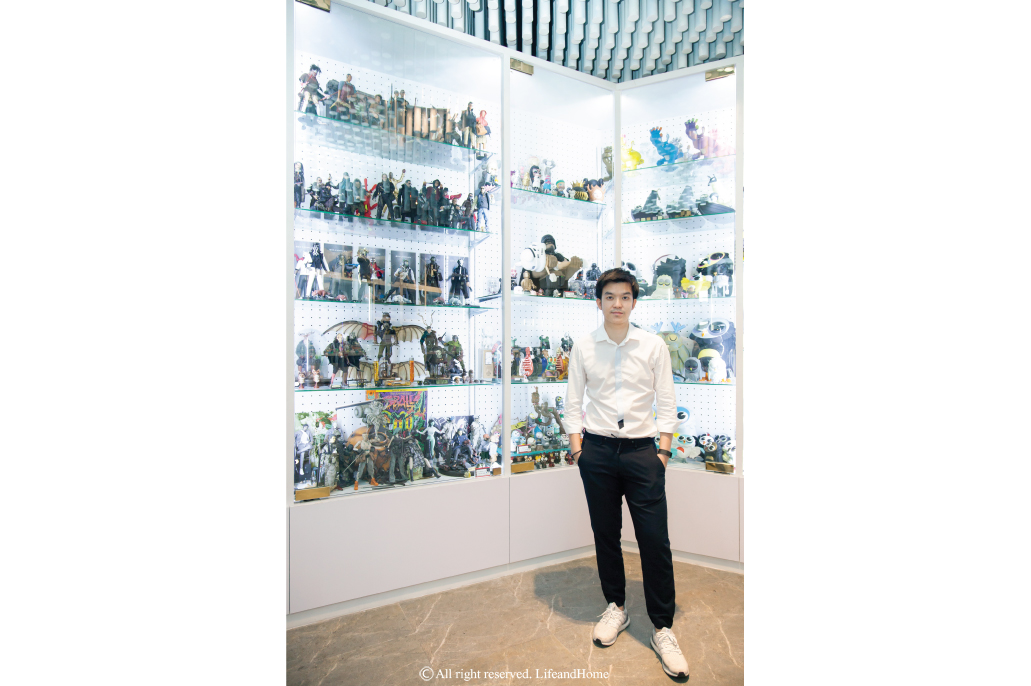 Nowadays, this young man is one of the partners owning Play House; a toy shop selected to be one of the ‘Best Toy of the World.’ It is an only one toy shop in Asia that has been selected. At the shop, there are 10 global brands of toys that can only be imported by this young man. Moreover, the young handsome man has also been a principle one behind the scene backing up the biggest World class toy expo in Thailand called ‘Thailand Toy Expo’ which has been held for already 3 years continuously. It is also a good chance that Thai people can learn about ‘Toy Designer’; and the Thai Zone has been organized for Thai people to show their talent to the world. Khun Jeep offers Thai people the great support to the phenomenon without any fee. At present, there are many Thai people with intellects supported by Khun Jeep to work with international sectors showing their capabilities in the series ‘The Walking Dead’ and many cartoon characters.

“Thailand Toy Expo 2016’ to be held in this mid-year is open wide for everyone not only for those who like playing with toys. I want to offer a chance for the adults who have experiences playing toys to see those toys again. Even group of people not playing toys can also join this event. My goal is to prove whatever my relatives used to underestimate me. Moreover, many people think that what I do is just selling idiot toys. After consulting my elder sister, I decided to open this space of ‘Play House Store’ for everyone learn, talk and share. It is like a little home of happiness. Actually, many people don’t want me to open this place because it needs a big deal of budget. May I take ‘Thailand Toy Expo’ as my perfect example; not many people support my decision. My mother is only one out of 10 persons who agreed with me to hold this exhibition; the others told me that it was risky. Therefore, I decided to make my dream come true. I think it is better than doing nothing. For me, sooner is the better. Life is to learn. If I fall down today, I can rise up faster because I am still young and have more energy. On the other hand, if you fall when you get older, it is too risky and you hardly rise up again,” says Khun Jeep with strong intention in his eyes.

After many big events held for Thai people, Khun Jeep becomes realized of why not having his own products. He sets his goal again that “I will be the first Thai with Thai Brand to show the world the Thai character.” Khun Jeep continues telling us that, “today I already have something done; namely Thai buffalo. I cannot draw a picture, but I have an experience of playing toys when I was young. As I thought that it is impossible to be created, I put a character and manner like a walking buffalo and a Myna on its horn. There are big buffaloes and small buffaloes, look like a father buffalo followed by his children. I work with a foreign brand and name it new as ‘JPX x COARSE’ which means Jeep does something with other artists who are at the top lists of the world. The brand has launched the first product recently on Valentine’s Day. Another project of mine is Mauy Thai (Thai boxing) observed by the foreign artists as well as ‘Fighting Cocks’ are awaited to be seen.” 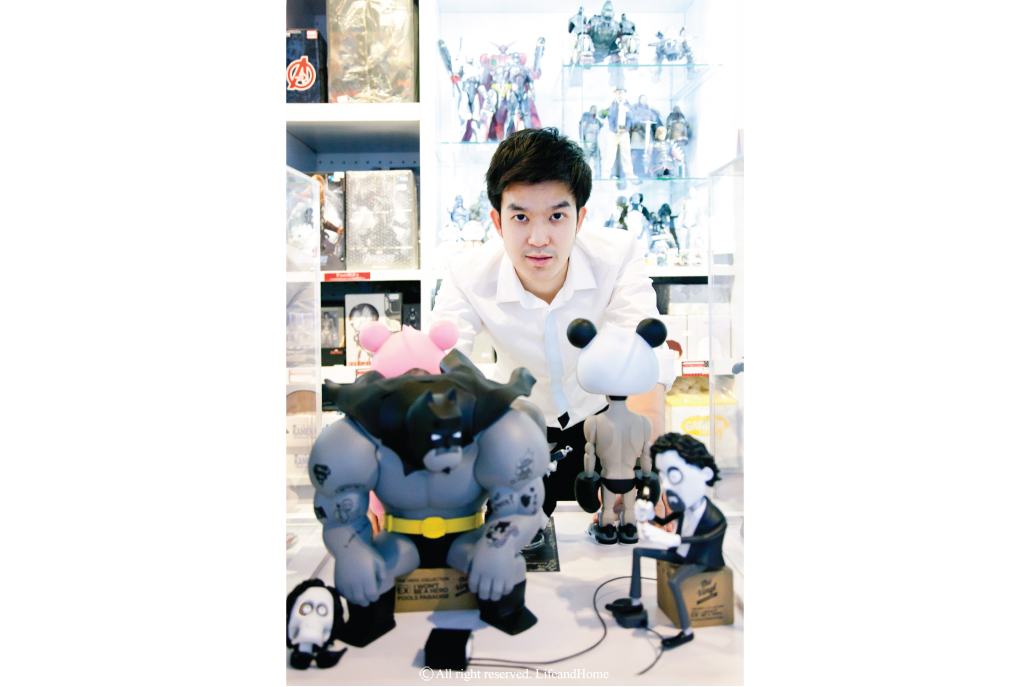 “I think this is just my beginning. When I first made my brand, it is something fun because I did everything with all my energy to make it best. I think that I still have fun with it. When I am successful, the excitement will be lessened and gone someday. Therefore, we need to always add something new for ourselves. Moreover, I am not a person waiting for a chance; I always create a chance for myself. I do everything with love. I try to be good with anyone. I think this good deed will return to me. When we do something using our own money, what we expect to have is a profit. On the other hand, if we do something with happiness and just want to make the others to be happy with big smiles; then, money will return to us finally.’ The young man answers the question if he has been successful or not.

Although his well-known family can be a great pass for him and his parents have a lot of family businesses inherited from his grandparents, this young man of 27 years old loves to create his own business from his favorite collections. We can say that, in the society of toys, he is unknown to no one. Many people call him a great successful King of the Toy Designers who wants to follow his dream and creates his own kingdom as the youngest designer of the world of toys. 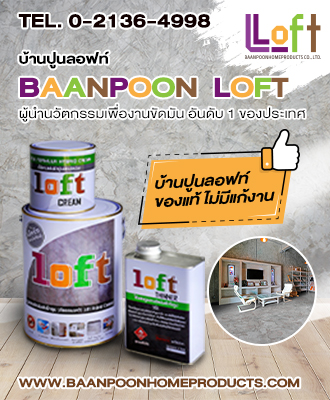 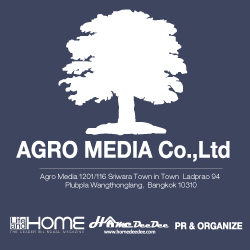